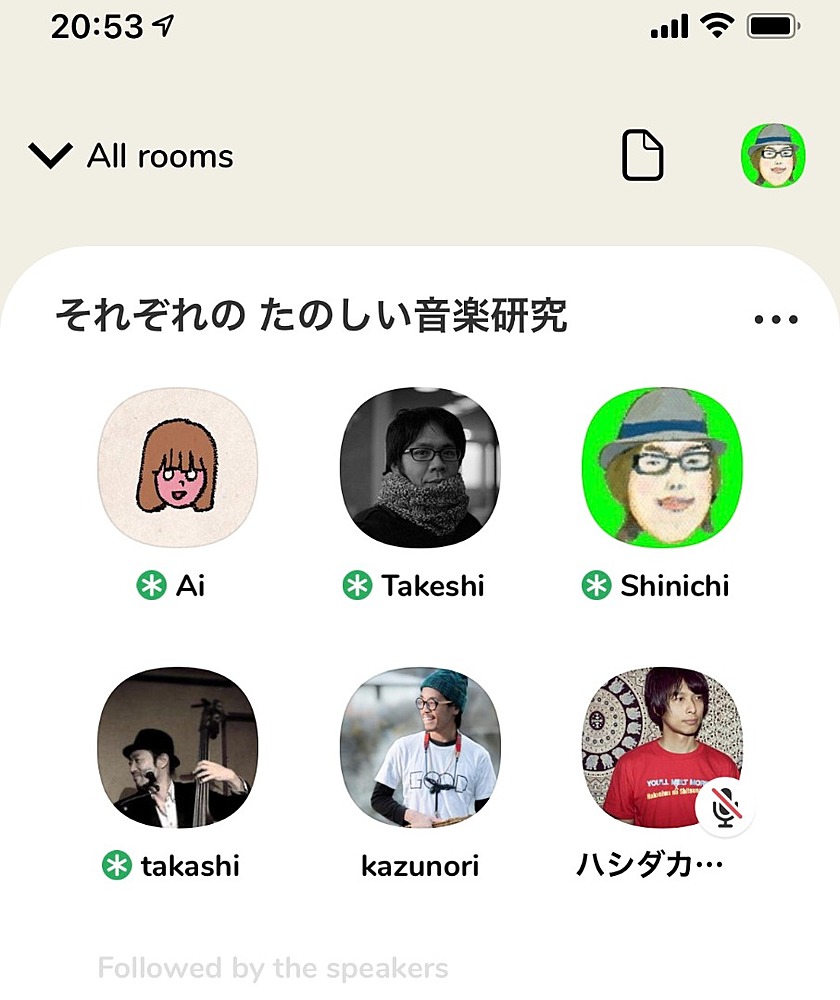 The other day, I was invited by Ai Moriya , who lives in Berlin, to talk at Clubhouse.

It was really fun to hear about individual music activities, recent music stories, and the music situation in Berlin under the title of "Each Fun Music Study"!

I talked a little about Asian indie music that I've been addicted to in recent years, but due to circumstances, I couldn't convey it well because it was a short participation for only one hour, so maybe it's an element of personal communication (or myself). Memo element for use) It will be stronger, but I will write something like a little summary on the blog.

First of all, from "Phum Viphurit is good" that made me addicted.

<Thus I was addicted to Asian indie music>

The trigger was this one song that I happened to meet on Youtube in the summer of 2017.

From Nokke, CASIO's portable cassette player. 4: 3 aspect ratio. Image quality with a VHS feel. Karaoke subtitles. A pleasant beat. And a cute girl who dances loosely (important). I was shot through my heart with one shot.

Looking up by artist name, it was a Thai 🇹🇭 singer-songwriter.

Until then it had been to Japan in the previous Taifesu Speaking of Thai musician / band Moderndog not know only about, was really surprised this refreshing somewhere where earthy image was strong.

I knew that there were bands from Indonesia 🇮🇩 ikkubaru and neighboring Asian countries with a sense of city pop, but I was curious that this would be fun if I dug up various things, and Phum Viphurit was in Thailand. Listen to the band from the event that appeared in, or watch the live video of Cat Radio 's event, which often plays Thai indie music.

A Thai search that cannot be read at all ("กรุงเทพมหานคร" ← such characters) can only be done with copy and paste, and it can be quite difficult, but the more you dig, the more new discoveries you will find and adrenaline will come out. It's been a while since I was a student that I've been absorbed in listening to music.

<Witnessing the story of the flapping wings>

Then, in March 2018, a new song by Phum Viphurit will be announced.

It was a viral hit on Youtube, so I'm sure there are many people who have heard this song without knowing the artist name.

The goodness of the song that does not disappoint. And it's nice that the budget for music videos is rising.

Around this time, it became popular not only in Thailand and Asia but also in Europe and the United States, and this year, starting with the emergency first visit to Japan in April @WWW X, it expanded to festival appearances around the world, Europe tours and American tours. I will continue. (I also went to see the first performance in Japan in April. It seems that this performance was the first time for a live performance outside Thailand, and it was like a home ground surrounded by a loose but warm Japanese audience. It was such a wonderful live)

When the performances in Europe and the United States are over, you can search live videos taken by audiences in various places on Youtube. Every day I watch over the band with a feeling like a parent. Emotions are completely embraced in the appearance of the push flapping. I was completely addicted to it.

<The strength of the band trained on the tour>

I was surprised to see the live video recorded at Audiotree in the United States.

The band has been built up to a completely different level from the arrival date and time in April 2018!

It's the same song as the music video introduced at the top, but the tempo has been increased in a nice way, and the live arrangement in the latter half is also very cool.

And last year 2020 Lover Boy live arrangement. (Maybe this is the latest)

The eye contact condition of the added intro part and the atmosphere that the band itself is enjoying the change is the best. Phum Viphurit, I want to keep chasing you.