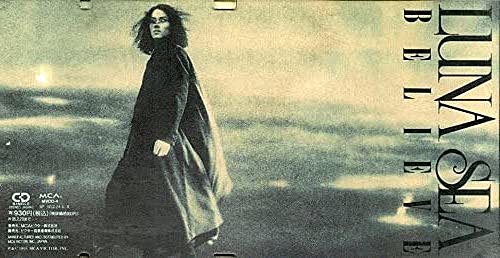 Hello, this is Takeda.

Since the ban on B'z songs was lifted last month , the regular digging-up boom of old-fashioned melody has ignited.

A few years ago, Spotify's data analysis article, " The music I listened to around the age of 14, determines my subsequent music taste," was talked about. Perhaps many waffles fans who read this blog are of the same generation as me, so I would like to look back on the music I was listening to when I was about 14 years old. I hope you will miss it together.

You may know it because I have talked about it several times, but due to my father's work, I left Japan for middle 1 to middle 3 [1992 to 1994] and spent time in Jakarta, Indonesia. I did.

Until elementary school, I lived in a rural area of Saitama (a new town-like detached housing complex), and most of the music I heard was hit charts played on TV, but in Jakarta, friends with various music tastes from all over Japan. It was also a time when the range of music that I listened to at once expanded as I gathered at Japanese schools and had more opportunities to come into contact with Western music overseas for the first time, even if it was not in the English-speaking world.

In Jakarta, only NHK was shown on Japanese TV, so I couldn't watch commercial TV programs, and there are roughly three ways to get music information.

・ MTV (Japanese music program broadcast only once a week)

For a child whose music station was all about music until then, the information that comes in is a little sloppy and the coat color is different. With that in mind, if I hadn't lived in Jakarta before, I would have thought that I wouldn't have formed a band like this now. Life is strange.

Takeda boy at the age of 14 often listened to such music.

For me, the entrance to the V-kei was the X I saw in red and white, but the more aesthetic appearance of LUNA SEA, which is different from the "makeup scary people" of the V-kei image until then, was drawn in. There was something that was done. The alternative direction that I experienced for the first time, which is neither musically nor stubborn hard rock nor sticky ballad, pierced me in the middle 2 and is still my roots deeply and deeply engraved in my heart. Oh cool, really.

I remember that it wasn't such a big popular band among the V-kei that was approaching the golden age, but DIE IN CRIES was very popular locally at Japanese schools at that time. (Drum yukihiro is famous for joining L'Arc after that.)

Most of the single songs including this song are catchy and sweet, but there are some gorgeous industrial songs on the album, and I think that it is a band that is relatively digging even if you look back on it now.

The release year is a little earlier than 1993, but this song "CRESCENT MOON" and the complicated and tight drums are really cool.

SPIRAL LIFE that I learned from the MTV Japanese music program that I watched in the previous week. I bought a CD when I returned to Japan temporarily, but the maxi single size bindings and artwork, which were rare at that time, and the subtitles in the song titles, this is really fashionable music! I was listening to it.

I didn't even know Flipper's Guitar at that time, so I personally could call it a Shibuya-kei original experience.

Anyway, I remember having a friend who liked unicorns and was depressed by the announcement of the dissolution.

I first learned about unicorns from the last single at the time of the dissolution, but I went back from there and became more and more addicted to listening to the album. Everyone was thrilled to watch the VHS containing the MV of "Working Man" (for some reason, a naked foreign woman parades around the band members who play).

When I got home from school, I was playing my home TV on MTV, but it was so powerful that I couldn't listen to this song. I feel that it was flowing everywhere in Jakarta at that time. The original experience of your own Western music.

The cram school teacher I was attending at that time was a Metallica fan, and I was recommended to listen to the black album. I remember the teacher who was involved in the riot at the first Indonesian performance in 1993 and was teaching while swollen around his eyes in deep blue.

This is the first song played by a band in Jakarta with an instrument (bass) in hand.

Although I practiced aiming to appear on the main stage of the school festival, I did not appear as a result, but it is an unforgettable memory. I wonder if all the band members at that time are doing well.